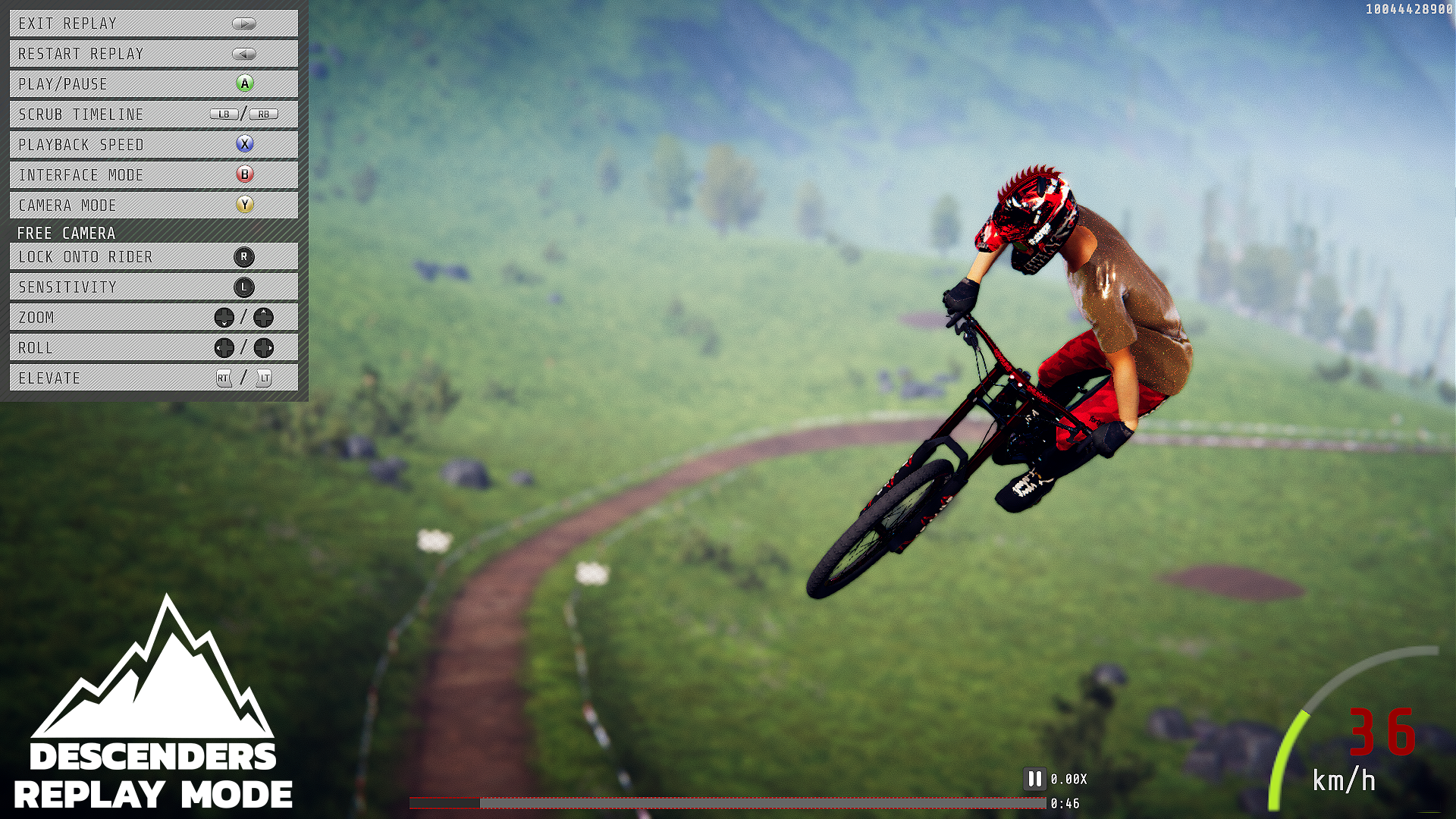 We’re back with another update! Being able to record and play replays has been a much requested feature right from the start of Early Access and we’re now happy to say that we’ve added this to Descenders. We’ve seen some amazing stunt compilation videos and gifs already but this should definitely help creators push their flair to the next level, we can’t wait to see what you all manage to create with the replay tool.
Let’s get into the list of changes.

Important note for Xbox One players: This update is currently in the hands of the porting studio and will be available to you in approximately one month from now. When we launch the update on Xbox One it will also include the content of the next update, which we’re currently working on. Somewhere this week there will be an update on Xbox One — that’s to fix the bug some people had with the broken sponsor office.

Community
If you want to keep up to date with the known issues and our current plans, join our Discord, or have a look at the Roadmap! As always, we’d love to hear your thoughts!

Much love,
RageSquid & No More Robots

I’m not sure if I’d like other people to see my fails, haha. But for those people out there that are really good this would be a welcome addition.

LISTEN TO OUR PODCAST

Tweets by @thatdam_m
Back to
log in
LIVE NOW! CLICK TO VIEW.
CURRENTLY OFFLINE
Choose A Format
Personality quiz
Series of questions that intends to reveal something about the personality
Trivia quiz
Series of questions with right and wrong answers that intends to check knowledge
Poll
Voting to make decisions or determine opinions
Story
Formatted Text with Embeds and Visuals
List
The Classic Internet Listicles
Countdown
The Classic Internet Countdowns
Open List
Submit your own item and vote up for the best submission
Ranked List
Upvote or downvote to decide the best list item
Meme
Upload your own images to make custom memes
Video
Youtube, Vimeo or Vine Embeds
Audio
Soundcloud or Mixcloud Embeds
Image
Photo or GIF
Gif
GIF format